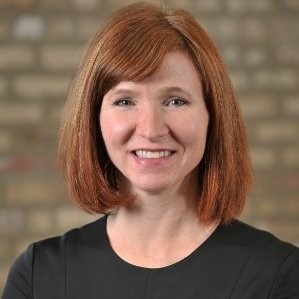 Susan Doig has been working in behavioral healthcare for more than 25 years. She is currently the
Chief Clinical Officer at Trilogy, Inc. in Chicago, IL. Her career began on a Forensic Unit at Fulton
State Hospital in Missouri.

After returning to Chicago, she has began working in community-based
settings focusing on assisting people with serious mental illness transition into the community from
Cook County Jail, assisting people in re-entry with housing and connecting with care. Susan has
been a part of Trilogy’s growth from a budget of 5 million to the current budget of over 40 million
annually.

In her role as Chief Clinical Officer, Susan helped the organization grow from small
provider serving Chicago’s Roger’s Park neighborhood, to a large comprehensive provider serving
neighborhoods across the city of Chicago. Trilogy began serving children and adolescents and
expanded outpatient treatment to include integrated substance use disorders treatment.
Additionally, Susan has been involved in the Williams and Colbert implementation plan and
Trilogy’s expansion of services designed to meet the needs of class members moving out of
nursing facilities into the community.

Trilogy is one of the State’s “Prime” organizations, contracted to provide assessment, timely transition
to independent living and ongoing intensive services to
Williams and Colbert Class members leaving institutions. As a part of the leadership team, Susan
worked to expand funding sources, including more than 12 million dollars in grant revenue.

Susan received her master’s degree from Jane Addams School of Social Work and is Licensed Clinical
Social Worker and a Certified Alcohol and Other Drug Counselor. Susan is a member of the Illinois
Health Practice Association’s Clinical Operations Committee, a member of the Chicago Council on
Mental Health Equity, The Kennedy Forum Program Committee and has been a leader in
managing change in behavioral health settings.