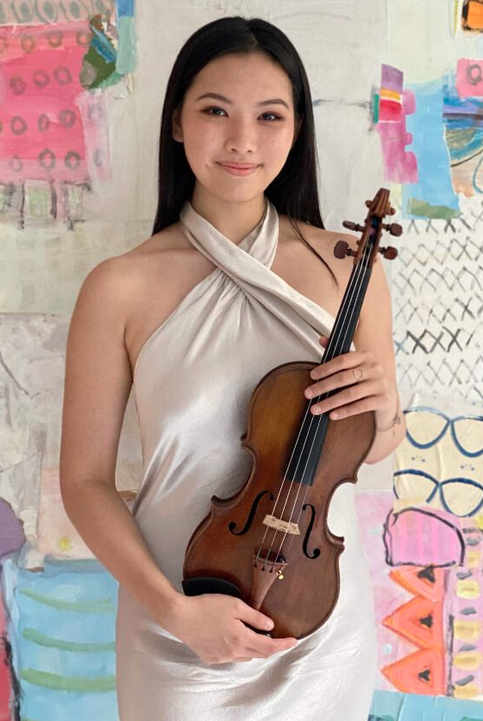 Megan Yao was born in Kaohsiung City, Taiwan and began her violin studies at age 5. Before moving to New York, Megan previously studied with Professor Nanette Chen. In 2014, she entered the Juilliard Pre-College Division where she studied with Doctor I-Hao Lee. After graduating from the Juilliard School Pre-College Division in the summer of 2018, Megan is now studying with Doctor I-Hao Lee. at the DePaul University School of Music as an undergraduate sophomore double majoring in violin performance and Economics.

As the winner of the The American Association for Development of the Gifted and Talented, Megan made her Weill Recital Hall debut in April 2016. During her time at the Juilliard School Pre-College Division, Megan gave four recitals between 2015 and 2018 at Morse Hall and Paul Hall in the Juilliard School. In May of 2018, Megan was the concertmaster of the Juilliard Pre College Orchestra and performed in the Peter Jay Sharp Theater. In addition, Megan performed in a piano trio in the Alice Tully Hall of Lincoln Center in May 2017, and in a bass quintet in the Peter Jay Sharp Theater in May 2018.

During past summers, Megan has attended Green Mountain Chamber Music Festival from 2015 to 2017 and 2019, and Heifetz International Music Institute during the summer of 2018. In addition, Megan was selected as a semi-finalist for the 2017 Thomas and Evon Cooper International Competition and competed in Cleveland.