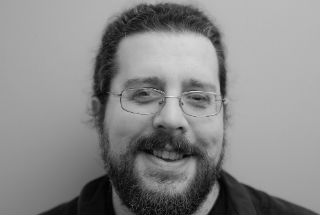 His music has been played and broadcast all over the world by Cuarteto Latinoamericano, Butchershop Quartet, Hara Quintet, Articular Facet, and Soundings, and at festivals such as Aspen Music Festival, I-Park, BAMF, Produce, and the Canadian Flute Conference.

Past commissions have been from Nike, MTV, VH1, Nicktoons, HP and GM.  He is a student of the sitar, currently studying with Indrajit Banerjee.  He has produced, written music for, performed and engineered recordings by K-rad, Terry Callier, Irons, Euphone, Resinator, and his own solo work.

Mark has guided every kind of student from ages 4 to 80 on their adventures in music on piano, guitar, bass, sitar, theory, and composition. His students gain a firm foundation in musical notation and theory, and he believes it is never too early or late to start learning an instrument.

A musician translates what they hear in their head along with the language of notation into action as sound. As a teacher Mark makes sure his students develop their inner sense of rhythm along with their reading of music through exercises and pieces designed to make students more self-confident as music-makers. He advocates solid technique based in good practice habits as a cornerstone for a lifetime of making music.