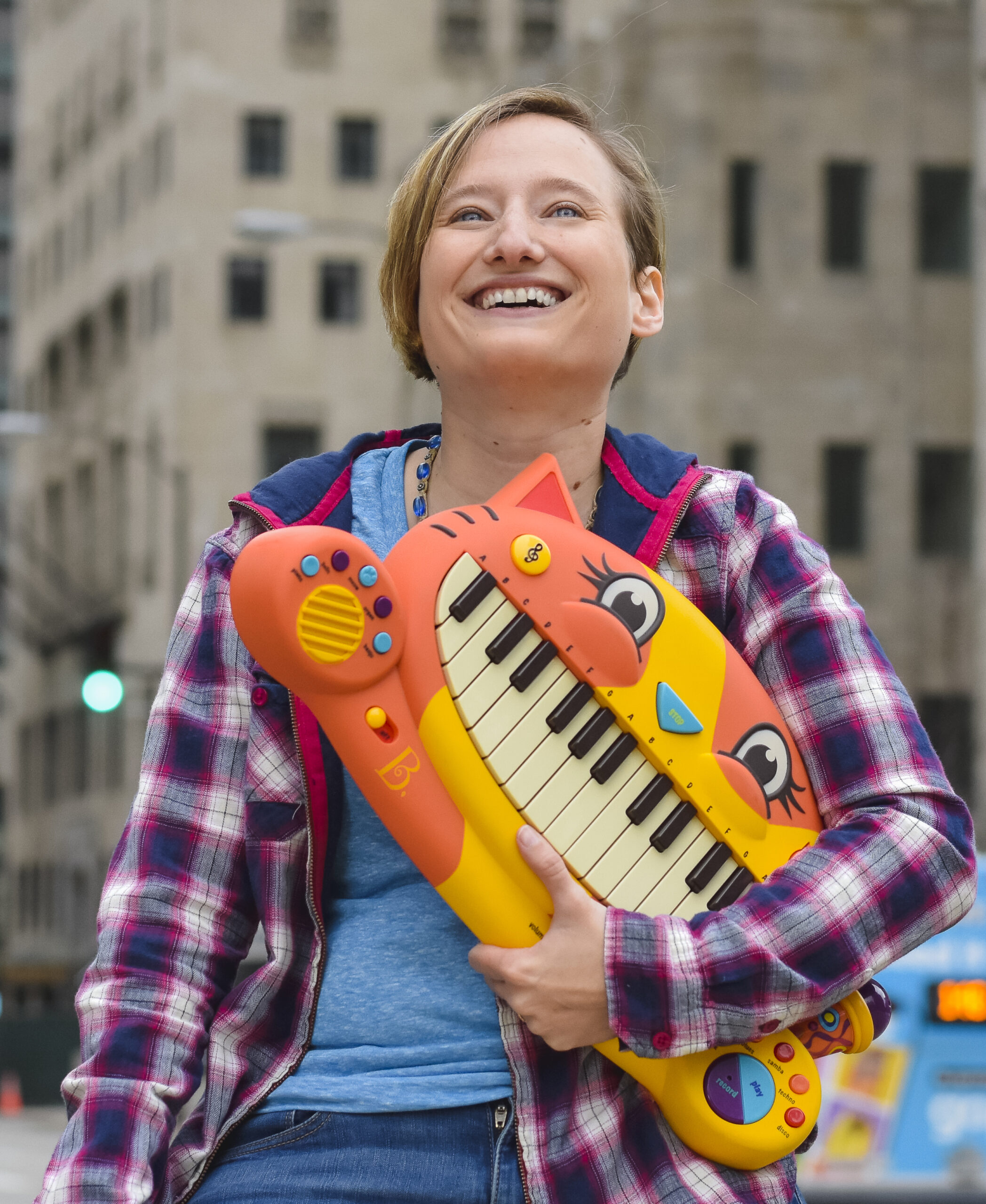 Gail Gallagher has been a music director in the Chicago sketch and improv scene for over 12 years. She has played for many improvised musical groups (actors who make up musicals on- the-spot) including Storytown Improv, Baby Wants Candy, and Spectacle Spectacular, a fully improvised two-act musical with a dance company.

For the past few years, Gail has provided live underscore for Cinema Centennial, a film festival that shows 100 year old films with live underscore and foley work. She has written several musicals including Feathers, a Superhero Musical, which one “best underscore throughout” at the 2017 Premier Premieres festival at MCL.

As a singer-songwriter, Gail takes what she has learned from the musical improv scene and writes in a genre she calls “Musical Theater Folk Rock.” In 2020 she recorded and released her debut album “Power of the Unnamed Passion” and is currently working on her second album “Wise fool.”

Gail has extensive teaching experience with a variety of different groups including teaching theater workshops with incarcerated women as well as working with adults with developmental disabilities. She also was the music director/ composer for Skokie Park District’s Still Acting Up, a Theater troupe for actors over 60.

Gail has worked at various music schools for the past six years. As a private lesson instructor, Gail enjoys making lessons a conversation, crafting each lesson to each student’s needs, and finding what inspires them.

Voice lessons at ACM focus on the fundamentals and self expression.