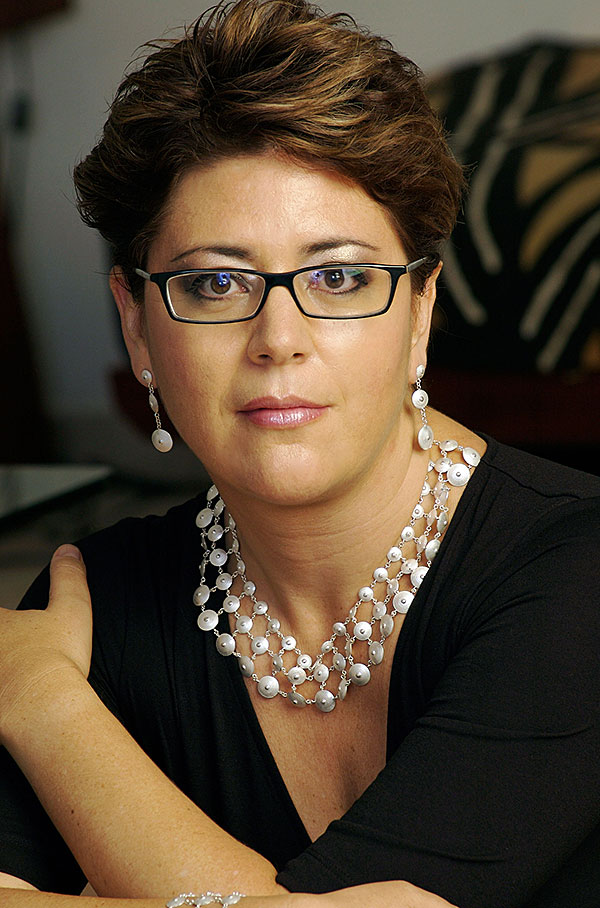 Latin Grammy nominated Gabriela Ortiz is one of the foremost composers in Mexico today, and one of the most vibrant musicians emerging in the international scene. Her musical language achieves an extraordinary and expressive synthesis of tradition and the avant-garde; combining high art, folk music and jazz in novel, frequently refined and always personal ways. Her compositions are credited for being both entertaining and immediate as well as profound and sophisticated; she achieves a balance between highly organized structure and improvisatory spontaneity.

Gustavo Dudamel, the conductor of the Los Angeles Philharmonic, called her recent work Téenek “one of the most brilliant I have ever directed. Its color, its texture, the harmony and the rhythm that it contains are all something unique. Gabriela possesses a particular capacity to showcase our Latin identity.”

Ortiz has written music for dance, theater and cinema, and has actively collaborated with poets, playwrights, and historians. Indeed, her creative process focuses on the connections between gender issues, social justice, environmental concerns and the burden of racism, as well as the phenomenon of multiculturality caused by globalization, technological development, and mass migrations. She has composed three operas, in all of which interdisciplinary collaboration has been a vital experience. Notably, these operas are framed by political contexts of great complexity, such as the drug war in Only the Truth, illegal migration between Mexico and the United States in Ana and her Shadow, and the violation of university autonomy during the student movement of 1968 in Firefly.

Although based in Mexico, her music is commissioned and performed all over the world. Her music has been commissioned and played by prestigious ensembles, soloists and orchestras such as Los Angeles Philharmonic, New York Philharmonic, The National Orchestra of Bretagne, The Cincinnati Symphony Orchestra, Gustavo Dudamel and Esa Pekka Salonen, Louis Langrée, Paolo Bartolameolli, Maria Dueñas, Zoltan Kocsis, Carlos Miguel Prieto, Kroumata and Amadinda Percussion Ensembles, Kronos Quartet, Dawn Upshaw among others.

Ortiz has been honored with the National Prize for Arts and Literature, (the most important award for writers and artists given by the government of Mexico), The Mexican Academy of Arts, The Bellagio Center Residency Program, Civitella Ranieri Artistic Residency; John Simon Guggenheim Memorial Foundation Fellowship; the Fulbright Fellowship; the First prize of the Silvestre Revueltas National Chamber Music Competition, the First Prize at the Alicia Urreta Composition Competition; Banff Center for the Arts Residency; the Inroads Commission, a program of Arts International with funds from the Ford Foundation; the Rockefeller Foundation and the Mozart Medal Award.

In 2022 Ortiz´s has been appointed curator of the Pan-American Music Initiative along with The Los Angeles Philharmonic and Gustavo Dudamel.

Born in Mexico City her parents were musicians in the famous folk music ensemble Los Folkloristas founded in 1966 to preserve and record the traditional music of Mexico and Latin America. She trained with the eminent composer Mario Lavista at the National Conservatory of Music and Federico Ibarra at the National University of Mexico. In 1990 she was awarded the British Council Fellowship to study in London with Robert Saxton at The Guildhall School of Music and Drama. In 1992 she received the University of Mexico Scholarship to complete Ph.D. studies in electroacoustic music composition with Simon Emmerson at The City University in London.

She currently teaches composition at the Mexican University of Mexico City. Her music has been published by Schott, Ediciones Mexicanas de Música, Saxiana Presto and Tre Fontane. From 2022 her music is published exclusively by Boosey & Hawkes.