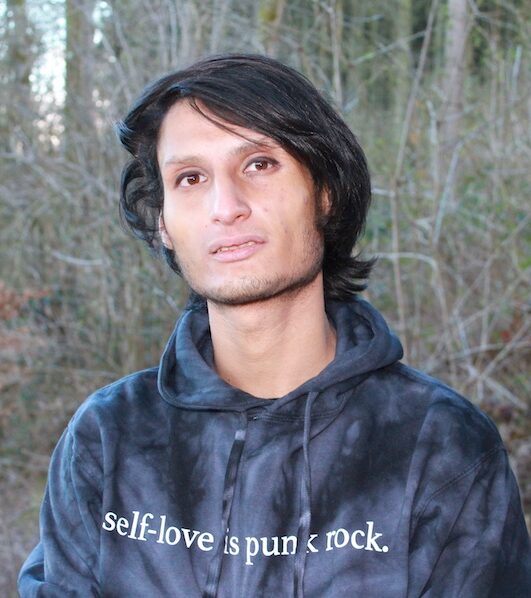 Zygmund’s compositions explore expressions of online folklore, interdisciplinary performance, and the recontextualisation of genre and form, with their nonclassical background and punk rock upbringing greatly informing their practice as a composer. Zygmund’s work has been performed across the UK, Ireland, Germany, Spain, Malaysia, and Canada by ensembles such as Quatuor Bozzini, Fidelio Trio, Tresonant, Mutiara Piano Trio, and Thallein Ensemble, among others. Ongoing projects include a chamber opera inspired by indie-horror game OMORI, a suite for concert orchestra based on the SCP Foundation collaborative fiction webseries, and an interactive exhibition and graphic score series told through an RPG as part of Gaudeamus Screendive.

Zygmund is founder and artistic director of contemporary music magazine PRXLUDES, featuring interviews with emerging composers from across the contemporary music landscape. Zygmund is openly autistic, and helps run the Autistic Musicians’ Network for musicians and creatives on the autism spectrum.